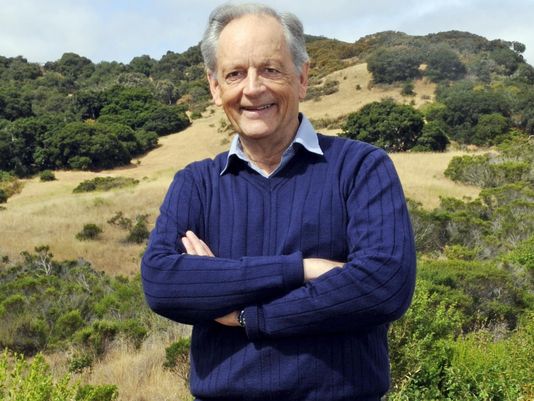 Interesting little fact about visitors to the Steinbeck House. Within its four walls, as they stand in worshipful silence, they may also shed a lone tear.

Why? Its an emotional reaction to being in the same surroundings in which Steinbeck played as a boy and in which much of his fledgling thought began to take shape.

Its eerie, really. Visiting the Steinbeck House, then the National Steinbeck Center, then traipsing up and down the same spaces in which Steinbeck ran and jumped as a kid only adds to the feeling.

Theres another aspect to it, too. Its one Salinas landmark that few take advantage of. That would be the authors grave at Garden of Memories Cemetery, 768 Abbott St. In fact, its a cluster of grave sites, a little universe of family members and real-life characters whose looks and habits show up in Steinbecks prose.

Those who found themselves included in Steinbecks works were outraged, Carol Robles said. Those not included were even more outraged.

Robles is one of the too few local Steinbeck historians. On a brisk morning this week, I joined her and 26 local Steinbeck enthusiasts at the Garden of Memories. The group was made up of those who work or volunteer at the Steinbeck House and the National Steinbeck Center.

Robles guided the tour for free.

I want us all to stay enthusiastic about this subject, Robles said. Were lucky we can have this contact with these characters. It helps bring the whole Steinbeck legacy to life.

Among those buried near Steinbeck in Garden of Memories, for example, is Glenn Graves, 1901 to 1983. Graves and John were life-long buddies. They swam together and hunted together and played with Johns pony, Jill. Another character buried there is William Nesbitt, the sheriff everybody loved. Nesbitt, who held office from 1903 to 1919, toted his pistol in a shoulder holster. Yet Nesbitt understood human nature and used compassion, not bullets, to settle legal issues.

If people, especially young ones, got in trouble, if they took a drink or were with a prostitute, Nesbitt was understanding, Robles said. Often, hed take them back to their home, not to jail.

Steinbeck used a description of Nesbitt in East of Eden. The sheriffs face, he wrote, was broad and pink, his white mustache shaped like the horns of a longhorn steer.

Another local man described in East of Eden is Martin Hopps. He was the first Salinas man to die on foreign soil in a war. He died in France in 1918 at age 31 from combat wounds suffered at the second Battle of the Marne.

He was wide, short, red-haired, Steinbeck wrote describing a Hopps-like character in East of Eden. His mouth was wide, and he had red eyes. He was almost the shyest boy in Salinas.

Olive Steinbeck, Johns mother, was so upset by news of Hopps death that she launched a War Bonds drive and sold so many bonds that she won a prize, a plane ride over the valley in an old biplane. Convinced the plane would crash, Olive told the pilot to fly over Spreckels so she could wave goodbye to her dear husband, Ernst, Johns dad, who was working there at the time.

Dave Nordstrands Valley Views column appears every Wednesday and Saturday in The Salinas Californian. Contact him at dnordstrand@thecalifornian.com.